Testing Skin Care Products on Animals is Cruel and Ineffective 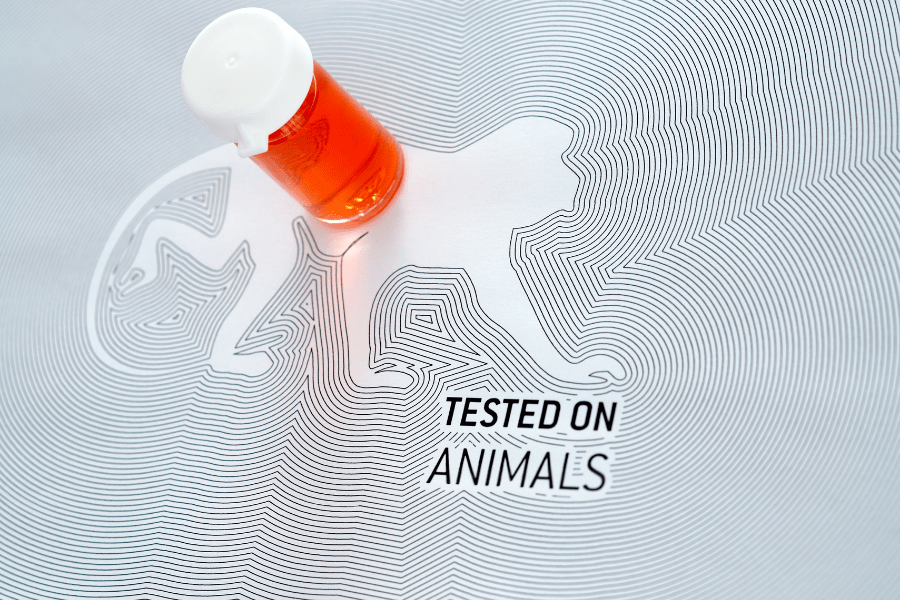 There may be some narrowly confined ad rare circumstances that in order to save human lives it is necessary to do some animal testing prior to administrating a certain product, whether it be a drug or a procedure, to a human being. But even in those rare cases there is a cruel way and a humane way to do that type of testing. Also, with the number of drugs that have been tested on animals, and the number of drugs that have been given to human beings afterward with dire consequences, one begins to wonder if any animal testing is productive.

When it comes to testing skin care cosmetic products there is never a good reason for testing it on animals. The Humane Society of the United States has stated that “Cosmetic testing on live animals is an outdated, inaccurate and cruel method of determining products’ safety for human use.”

All types of animals are used for testing, but the most common animals used are mice, rats, hamsters, rabbits and guinea pigs. The cruelty of the tests is beyond inhumane. They cause excruciating pain over long periods of time and development of cancer, eye diseases, skin burns and finally death. This is all done in order to determine which chemicals and how much of those chemicals can be put into the skin care product.

This should raise two equally disturbing questions and concerns. First of all, any animal lover, in fact, anyone who has a caring attitude should be incensed that companies, and people in those companies, have so little regard for the infliction of pain and death on an innocent animal. The Pro Con Organization states on their website that:

“The Draize eye test, used by cosmetics companies to evaluate irritation caused by shampoos and other products, involves rabbits being incapacitated in stocks with their eyelids held open by clips, sometimes for multiple days, so they cannot blink away the products being tested. [48] [49] The commonly used LD50 (lethal dose 50) test involves finding out which dose of a chemical will kill 50% of the animals being used in the experiment. [65] [102] The US Department of Agriculture (USDA) reported in 2010 that 97,123 animals suffered pain during experiments while being given no anesthesia for relief, including 1,395 primates, 5,996 rabbits, 33,652 guinea pigs, and 48,015 hamsters. [26]“

Secondly, why would a company even think of using a chemical in their skin care product that they know, or worse do not know, how harmful it is to the human body which is why they are afraid to go to direct testing on humans? They know the chemical is unsafe which is what creates the need for animal testing, but who says that the so called safe dose percentage that an animal can ingest for a singular short-term test is the same percentage that is safe for a human being to ingest continuously over years, or even decades of usage. If you tested cigarette smoke on a guinea pig for one week, you could be assured it would not show the cancerous results that develop in human beings after 10 or more years of accumulated ingestion. All the animal testing in the world does not protect, you, the human being from being afflicted via the constant use of chemicals in cosmetics that even the cosmetic companies are concerned about.

In simple terms, if a company feels it must resort to animal testing, then it should not be using that chemical in their product. If it is unsafe for animals in any dosage, it is unsafe for humans in any dosage.  There are thousands of known safe ingredients for skin care products, virtually all of which are organic and/or pure Mother Nature botanical oils and plant butters.

Cosmetic companies don’t use these ingredients because they are always trying to find cheap chemicals that they can use instead in order to increase their bottom line profits. This thought process is what causes thousands of animals to die a painful death and millions of human beings to apply unsafe chemicals to their skin and body which eventually cause irreversible harm.

For this reason and others, on March, 11 2013 the European Union banned the sale of any cosmetic that used animal testing of any kind throughout Europe. Until those same laws are passed in the USA, buyer beware. Do not purchase any product unless it states it is animal testing free.

At Replenish Plus we never do any animal testing. In fact, many of our clients use our products on their pets because being good for humans is also being good for pets.

Are Dangerous Phthalates in Your Cosmetics?