Coconut Oil is a Cornucopia for the Skin 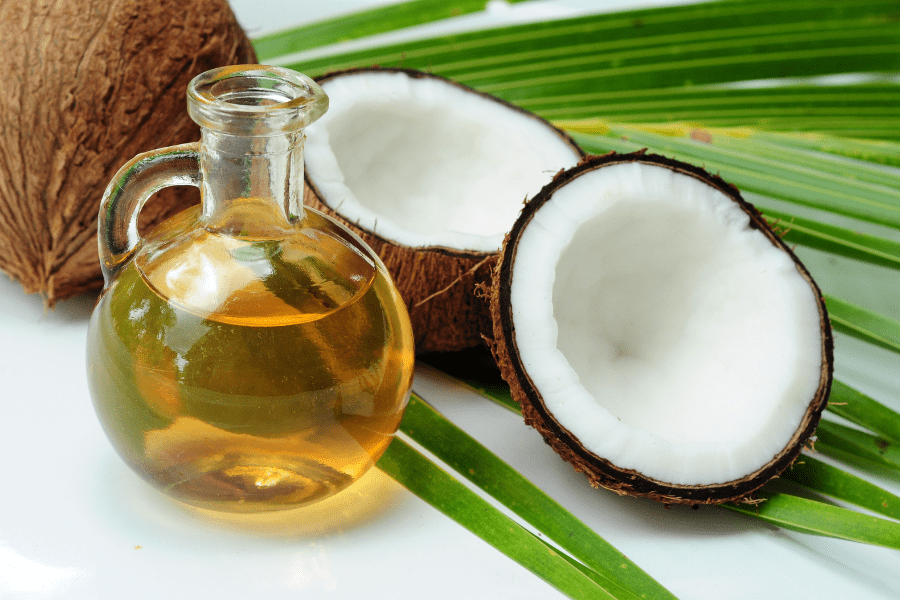 Coconut oil has been around for centuries and offers a vast amount of benefits. Even back thousands of years ago, it wasn’t long before it was seen that the meat of the coconut wasn’t only a great food but the oils contained within the meat was a great healer for humans. As a result, even in ancient times the coconut became a desired item and was traded around the world.

As pointed out by the Coconut Research Center headed by Dr. Bruce Fife, the scientific name for coconut is Cocos nucifera. Early Spanish explorers called it coco, which means “monkey face” because the three indentations (eyes) on the hairy shell resembles the head and face of a monkey. Nucifera means “nut-bearing.”

Diana Lutz did a study of the history of coconuts for Washington University in St. Louis where she stated after a lot of research that “The coconut (the fruit of the palm Cocos nucifera) is the Swiss Army knife of the plant kingdom; in one neat package it provides a high-calorie food, potable water, fiber that can be spun into rope, and a hard shell that can be turned into charcoal. What’s more, until it is needed for some other purpose it serves as a handy flotation device.” In that same study, she found that coconuts have been harvested, revered and traded by mankind going back thousands of years. It appears that coconuts originated in two distinct parts of the world 1) Southeast Pacific (Philippines, Malaysia, Indonesia) and 2) Southeast India, including Sri Lanka and the Maldives.

What expands the definition of a coconut even further is the fact that a coconut is not just a nut, it is a dry drupe. A dry drupe is a fruit with a hard, stony covering enclosing the seed (like a peach or olive). However, walnuts and almonds are also classified as dry drupes. In addition, since a coconut is a single seeded plant it loosely fits all three definitions of simultaneously being a nut, a fruit and a seed. It should be noted that because of this diverse nature it offers another advantage, namely the negative allergic reaction for those with tree nut allergies is very rare.

2 – Lauric Acid – This is the main fatty acid in coconut oil and is also the most beneficial for the skin. It is an extremely efficient moisturizer. It is stable and doesn’t dissolve in water which is great when applied to even sweaty skin. It stays concentrated and continues to moisturize. What is even more beneficial is the fact that Lauric Acid is a strong anti-microbial solvent; it kills harmful bacteria and fungi on the skin.

3 – Capric Acid – Not as strong as Lauric Acid, but still a powerful anti-microbial to fight cell killing bacteria on the skin.

The above MCFAs are small in molecular structure so they are easier for the skin and body to digest. They penetrate deeper and further into the cells for maximum benefit. By being medium chain vs long chain fatty acids the body can easily digest and convert them into high-energy fuel for the skin cells and the body to take advantage of almost immediately.

Because coconut oil has been around for so long it is one of the most tested and most trusted oils in the marketplace. It’s benefits for both the internal body and the external skin has been written about by some of the best naturopathic doctors in the country. If we focus on the benefits when applied topically to the skin – coconut oil does the following:

1 – It is a powerful long lasting moisturizer.

3 – It is anti-microbial to fight and kill many types of bacteria before they kill your skin cells.

4- It offers a natural protection from the Sun’s UVA and UVB rays.

5- It can double the effectiveness of Omega 3 to fight ageing and pre-cancerous cells.
Dr. Josh Axe outlined an additional 20 major benefits of coconut oil.

Of course, the biggest advantage to the processor is the fact that hydrogenated oil is much cheaper to produce than virgin cold pressed organic coconut oil. This greatly enhances their bottom line. However, by hydrogenating coconut oil, as with any oil, large amounts of trans fatty acids are produced which has been shown to cause havoc with the heart, the skin, the body in total. Yes, hydrogenated coconut oil is toxic. Make sure whether you are ingesting coconut oil in your food/supplements or applying it in a topical skin care product that you are using only cold pressed unprocessed organic coconut oil.

At Replenish Plus we never use hydrogenated coconut oil in our products. We use only all natural organic coconut oil which is obtained by cold pressing the coconut and squeezing the juice, or oil, out of the coconut plant. No chemicals or heat of any kind is used during this procedure. Our coconut source is 100% non-GMO and because it is organic, it is grown without harmful pesticides or toxic chemicals of any type. All of the advantages of the coconut oil are left intact maximizing the benefits to you and your skin.

Salt in Cosmetics: Good or Bad?

Are Dangerous Phthalates in Your Cosmetics?