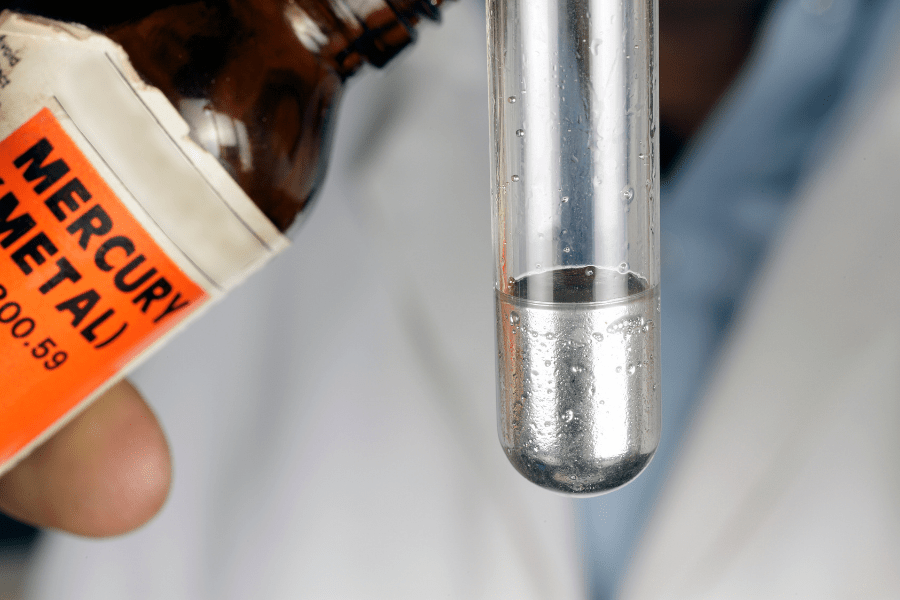 The proliferation and resulting scourge of toxic beauty products is more than likely a direct result of the first time that human kind could see their own reflection. At first it was by looking into calm waters, then polished reflective metals, followed by the discovery of how to produce glass mirrors and worse, how to make magnifying mirrors so that skin imperfections not capable of being seen by the bare-naked eye could now be seen by the enhanced-naked eye.  The more humans could see their own image and be able to compare themselves to others, the more self-indulgent they became with looking their best. Of course, looking their best had different meanings throughout history.

For example, from the early Renaissance Era (i.e. 1400’s) to the late 1800’s, and even early 1900’s, a plump woman was a beautiful woman. Virtually all of the great paintings of the time showed women in that vein. Paul Ruben (1577 – 1640) was one of the most celebrated and prolific European painters of his time. His numerous works contained so many beautiful plump women that the term Rubenesque became the definition of curvaceous. Over time Rubenesque gave way to a new definition of beauty as being thin. In reality beauty is truly in the eye of the beholder, but too many times it becomes slanted by the dominant societal beauty group of the times.

Another example is the pale to tan skin tone transition that has occurred. From ancient times right up until the 18th century in Europe, it was an accepted fact that the whiter and more pale the face, the more beautiful and higher society the woman. Part of this was because poor people worked on the farms and their skin was tanned and colored by the sun. Wealthy people did not have to work in the sun, so white and pale skin was a sign of wealth. In order to enhance the whiteness of their skin women would apply basically lead paint to their face. This was documented in an article by NBC news, written by Diane Mapes, where the historical facts of wearing white lead from the times of the early Greek empire thru the Roman Empire and optimized in the 15th, 16th and 17th centuries is well researched.

Queen Elizabeth the First in the late 1500’s would not go anywhere without her “white” mask of beauty. She finally died of blood poisoning which was believed to be directly caused by her lead paint “makeup”.

What is interesting is the fact that over 400 years ago, doctors in that time determined that applying lead to the skin was deadly. This use of lead paint face covering may be considered excessive by today’s standards. Yet to this day, women use lipstick and cheek blush, both of which have been found to be contaiminated with lead. In 1991, the EPA determined that lead concentrations over 40 ppb (parts per billion) were of imminent danger to both children and pregnant women. Last year, USA Today wrote an article which stated the EPA was concerned about lead levels above 15ppb for all people in the water contaimination crisis in Flint, MI. Yet the FDA tested over 400 lipsticks and found that virtually all of them had lead contaimination levels above 15 ppb.

In fact, the worst contaimination according to the FDA tests found that Maybelline Color Sensational and L’Oreal Colour Riche had lead contaiminations above 7ppm (parts per million) which is equal to 7000 ppb (parts per billion). That is over 450 times higher than what the EPA deemed toxic for anything passing your lips, but the FDA still allows this product to be sold to the public.

In a report by the Canada-based Environmental Defence, the results were even more alarming. After testing 49 popular beauty products they found the following:

Over the past 400 years the use of toxins on the skin has been magnified and exacerbated well beyond just the lead crisis, especially for women. Women use almost twice as many skin care products and chemical ingredients than men do. By the time you add up the chemical ingredient lists for shampoo, conditioner, cleanser, soap, mascara, lip stick, nail polish, skin moisturizers, rouge, lip gloss, eye shadow, eye liner, etc – women easily surpass applying 100 chemicals to their body every single day.

With all things being equal between the resistance to toxicity between females and males, women are still at a great disadvantage to toxicity poisoning simply because of the fact that they apply twice as much toxic chemicals to their bodies as men do.

However it is much worse than that. It has been known for years that women are more prone to negative reactions and side effects from drugs than men. In an article written by Roni Jacobson for Scientific American magazine, she states that 8 out of 10 drugs pulled off the market by the FDA have been shown to have a more negative effect on women than men.

The Guardian Magazine writes that “According to the Institute of Medicine, every cell in our body has a sex, which means men and women are different at a cellular level. That also means that diseases, treatments, and chemicals might affect the sexes differently. And yet there’s a long and storied tradition of ignoring (the female) gender when it comes to health research.”

Drug companies are quite aware of this fact. They openly admit that they are completely dumbfounded by the constantly changing hormonal effects in a women’s body. What is incredible is they don’t try to resolve or understand the effects on a woman. Instead they just ignore the gender effects and do 80% to 90% of all drug testing on males. Even the lab rats and bunnies are 90% male. This is the reason that so many drugs have a significantly higher factor of damage to a woman than a man. What is worse is that the FDA allows it, although as of late they say they are looking into changing this.

You can be sure, what’s true for drugs is true for toxins. It is bound to have a more negative effect on a woman than a man. Yet, women are lathering their bodies in twice as many skin care toxins as men.

There is another issue besides the hormonal effects. Women by the nature of their physiology have five areas where they are less resistant to stopping toxic poisoning than men.

1 – Kidney – Women generally have a smaller body weight than men. That means their kidneys, the organ that removes toxins from the blood, are generally smaller. Yet, they are asking their kidneys to do twice the work as their male counterparts.

2 – Liver Capacity – As noted in Everyday Health a woman’s liver has less of certain enzymes than a man’s. These enzymes are needed to metabolize (break down bad particles in the blood) and keep the blood healthy. A woman’s liver is generally less efficient than a man’s liver for certain toxic removals.

3 – Fat Percentage – One of the ways that the body protects you from toxic overload is to wrap the toxins in fat tissue. Women generally have 40% more body fat than men. The more fat in your body, the more toxins it can store, the more potential for long term toxin harm.

4 – Stomach Acidity – Women have a tendency to have less gastric acid in their stomach as compared to men. That means a slower and less efficient breakdown of toxins reaching the stomach and more potential for absorption into the body.

5 – Skin Thickness – According to the International Dermal Institute a woman’s skin is 25% thinner than a man of equal age until the age of 50. At that point a women’s skin thins out at a rapid rate compared to a man’s. Thinner skin allows for deeper penetration of damaging toxins into the body.

Both males and females need to avoid toxic absorption.  It is even more important for a women, however, because of worse side effects and deeper damage. After the age of 50 the toxic effects only worsen.

Stop the Beauty product toxification of your body today. Start using the cleanest and greenest skin care products in the world. Start using Replenish Plus.

Which Sunscreen is Best for You?