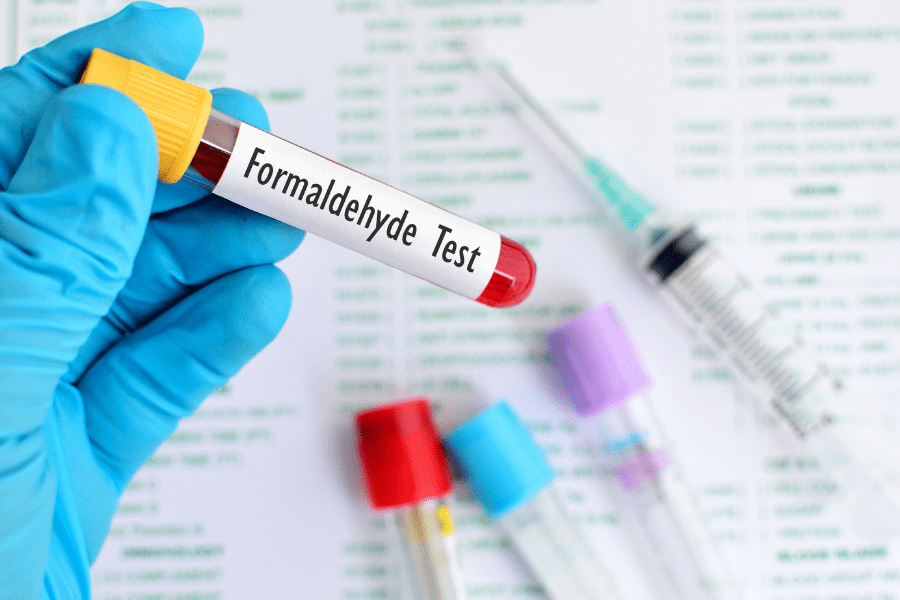 As a cosmetics company that cares, Replenish Plus wants to inform you, the consumer, about the dangers of the skin care industry, and the poisons potentially lurking in every product. Have you ever seen a frog floating in a jar in science class? That liquid is called formaldehyde, and even though it causes damage to the immune system and is highly carcinogenic, it’s being regularly put into cosmetics!

Why Use Formaldehyde in Cosmetics?

Oftentimes, a cosmetic company will dilute their products with water – not for the benefit of their customers, but for the benefit of themselves. Unfortunately, once they add water into the product, they need to add a preservative to prevent bacteria and other contaminants from growing. Formaldehyde is a common preservative, but a cosmetics company will use other names for it to confuse the public, or use formaldehyde releasers.

What are Formaldehyde Releasers?

Here are the main culprits to watch out for:

• Quaternium-15 – this form of ammonium salt has been proven to cause skin irritation and was partially banned by the European Union. It’s still used frequently in America.
• DMDM Hydantoin – this popular formaldehyde releaser irritates the skin and is banned in Japan, but not the United States.
• Ureas – even though this bi-product of ammonia and carbon dioxide is the slowest formaldehyde releaser, it is still as dangerous and carcinogenic as the rest. Beware!

Replenish Plus Says “No” to All Forms of Formaldehyde in Cosmetics

Formaldehyde releasers are one of the many ways you are being deceived and harmed by major companies that simply are not concerned with your health and wellbeing. Replenish Plus is not an average cosmetics company – we do not dilute our products with water, which means there is no formaldehyde in cosmetics!